Last year at AWS re:Invent, Amazon Textract was announced as a next-generation OCR service which not only performs word-based translation, but can also provide form and table value extractions in a way that makes it easy for developers to link into their own services. Today marks its Generally Available release.

Optical character recognition (OCR) has always been a challenging problem to solve. The technology to do this has been around since 1914, yet some companies still employee a human workforce to perform laborious data entry from forms and documents into their corporate systems. Textract aims to automate this problem however it does not currently support handwriting within the documents.

In addition to word and line text extraction, form and table support is something that is rare to OCR technologies and even rarer to have it available as programmatically extractable information. Oddly, paragraph support is not present in the service.

As with most services, the demo document is the best case scenario so I wanted to test with something unknown to see how well it did, using a document I had readily available. Here’s how it did: 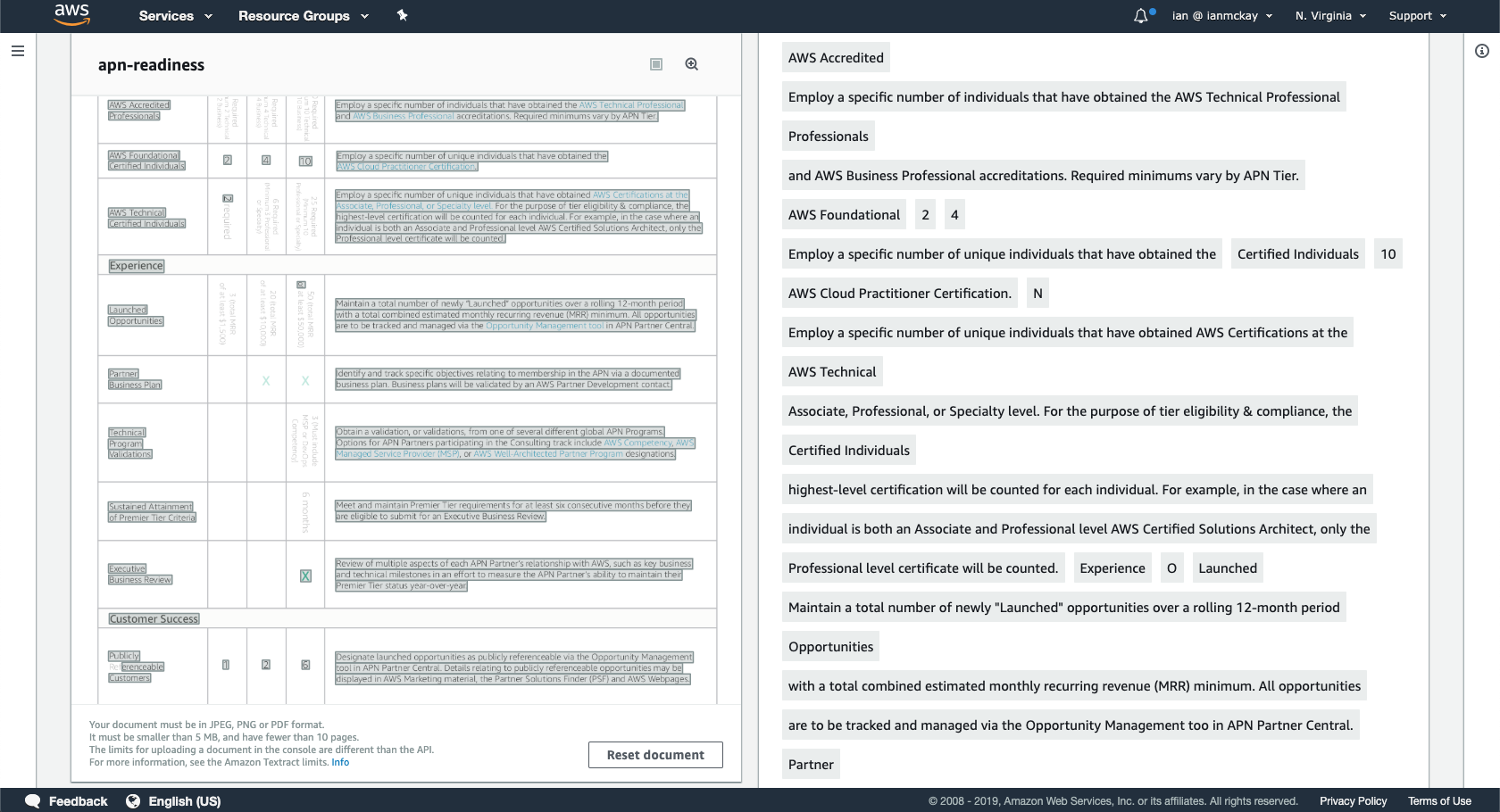 From the screenshot you can see it did fairly well, though it did have some issues:

As of today, the service has become generally available in the N. Virginia, Oregon, Ohio and Ireland regions. The service is expected to roll out to all commercial regions gradually as they improve the service.

Amazon Textract is a remarkable step up for OCR technologies. It exceeds competition such as the Google-sponsored Terreract project but costs can jump steeply when adding advanced features such as table and form information extraction.